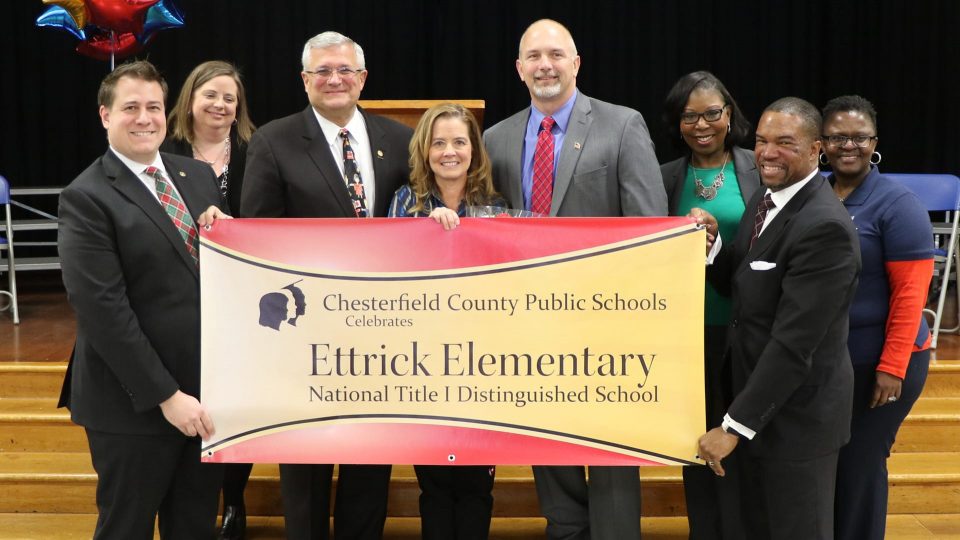 Recognition given for success in reducing achievement gaps

The National Association of ESEA State Program Administrators has announced that Ettrick Elementary School has been named a National ESEA Distinguished School. Ettrick Elementary is one of up to 100 schools throughout the country being nationally recognized for outstanding student achievement in 2018.

The National ESEA Distinguished Schools Program publicly recognizes qualifying federally funded schools for the outstanding academic achievements of their students. It highlights the efforts of schools across the country making significant improvements for their students.

District School Board member Rob Thompson, whose district includes Ettrick Elementary. “The staff has shown tremendous dedication to the students at Ettrick, and has helped foster an environment where all students can learn through hands-on learning opportunities that are engaging and relevant.”

Added Superintendent Dr. Merv Daugherty: “Being recognized as a national Title I distinguished school is a great honor. The successes at Ettrick Elementary during the last two years demonstrate that a differentiated approach to resource allocation works. Congratulations to all involved who are preparing Ettrick students for success.”

Ettrick Elementary, fully accredited by the Virginia Department of Education for the past two school years, is being recognized for closing the achievement gaps between student groups. Examples of increased academic performance include

fifth grade begins each day with Sherry Parrish’s Number Talks. Number talks are used to improve students’ mental computation and assist with communicating their thought process for solving problems through justifying their thinking. The school also has provided all third- through fifth-grade students with a Chromebook to increase anytime, anywhere learning opportunities and to provide students with additional instructional content.